Skip to main content
The Y in Central Maryland. For a Better Us. 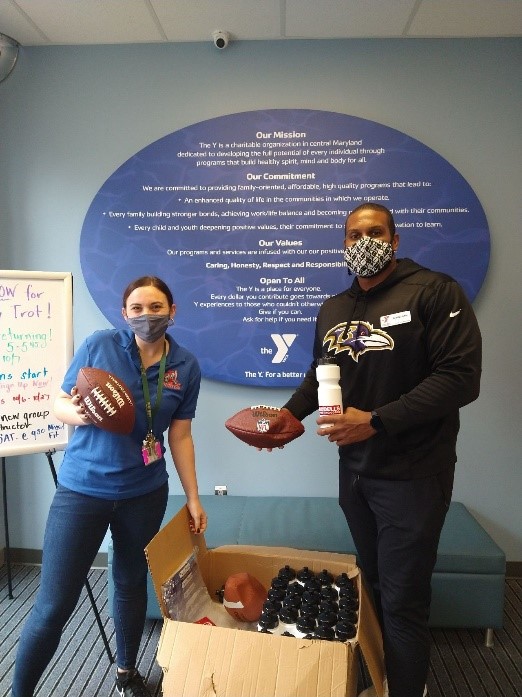 Former NFL player Joel Gamble only recently joined the Y team but has already caused a stir in a very good way! In his role as Senior Executive Director, Corporate and Civic Engagement, Joel is leading our volunteerism strategy and initiatives, ensuring that our Y engages community members, corporations and civic organizations in the work and the mission of the Y. In that effort, Joel works closely with operations teams across the Y as well as the development team to both define and execute meaningful volunteer experiences and to engage a wide range of organizations in that work.

A native of Baltimore, Joel comes to the Y with impressive credentials and an equally impressive background in giving back to the community in so many ways. For the past nine years, he worked for Baltimore County schools as a special education teacher and behavior interventionist, spearheading a range of programs to help youth build positive leadership skills. While working in Baltimore County schools, he founded the Joel Gamble Foundation, a nonprofit organization whose mission is to promote personal excellence and community commitment among inner-city youth through athletic, academic, and cultural programming. Working with community volunteers and enlisting prominent corporate and foundation support, the Joel Gamble Foundation has impacted over 5,000 youth in the city of Baltimore.

Joel has been widely lauded for his volunteer and school-based work with youth, with Baltimore Magazine writing in a recent article that, “in the eyes of many, this Baltimore County teacher is as close to a real-life superhero as it gets.” He has received numerous awards and recognition for his work in the community, including the Governor’s Community Leadership Award.  A former NFL player, Joel earned a bachelor’s degree in Criminal Justice from Shippensburg University.

With a mere four weeks under his belt at the Y, Joel has already opened doors to and/or cemented partnerships with Target, Under Armour, Harkins Builders, the Ed Reed Foundation and many more corporate and community leaders who are committed, as Joel clearly is, to community service. Joel builds upon a foundation that Eric Somerville, his predecessor in this role, and Michelle Becote-Jackson (his boss) have built. Eric is now CEO of Venture for America.
We may not be the NFL, but with a team of cheering Y fans behind him, we know that the sky is the limit both for Joel Gamble and for the many, many lives he and the Y will and has impacted with his unstoppable, infectious spirit and can-do/must-do attitude.

Thank you, Joel, and everyone engaged in building community engagement across the Y.

All the best,
John
John Hoey
President & CEO
The Y in Central Maryland